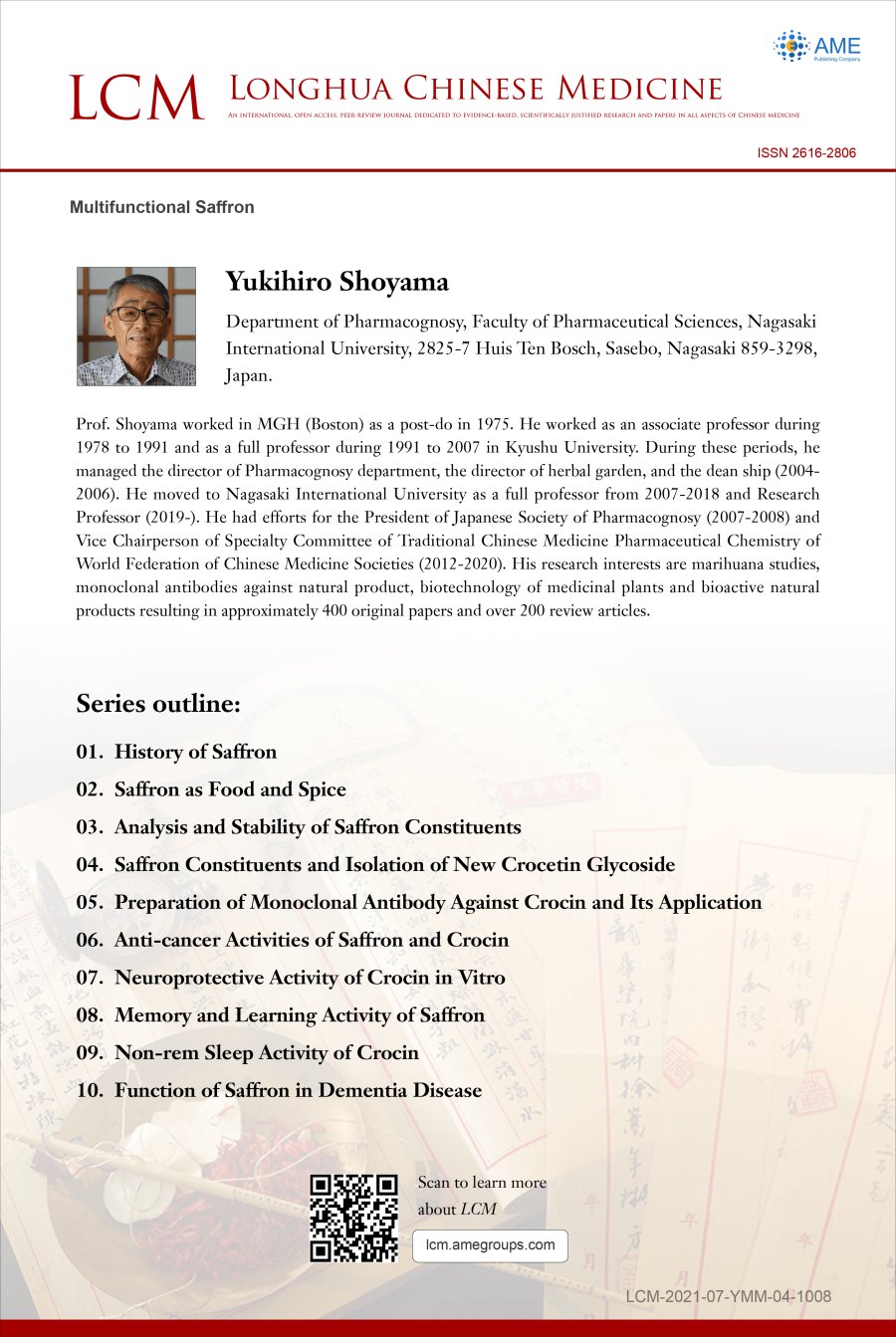 Prof. Shoyama worked in MGH (Boston) as a post-do in 1975. He worked as an associate professor during 1978 to 1991 and as a full professor during 1991 to 2007 in Kyushu University. During these periods, he managed the director of Pharmacognosy department, the director of herbal garden, and the dean ship (2004-2006). He moved to Nagasaki International University as a full professor from 2007-2018 and Research Professor (2019-). He had efforts for the President of Japanese Society of Pharmacognosy (2007-2008) and Vice Chairperson of Specialty Committee of Traditional Chinese Medicine Pharmaceutical Chemistry of World Federation of Chinese Medicine Societies (2012-2020). His research interests are marihuana studies, monoclonal antibodies against natural product, biotechnology of medicinal plants and bioactive natural products resulting in approximately 400 original papers and over 200 review articles.

Disclosure:
The series “Multifunctional Saffron” was commissioned by the editorial office, Longhua Chinese Medicine without any sponsorship or funding. Yukihiro Shoyama is serving as the unpaid Guest Editor for the series. 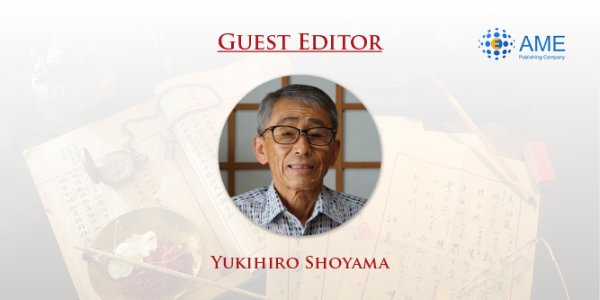