Chinese medicine: a gift from the Chinese people to the rest of humanity

With these words, once uttered by President Xi Jinping, we would like to refer to the process of internationalization of Chinese medicine.

As in any other subject, it is clear that the teaching and practice of Chinese Medicine, as well as the establishment of access to it for the citizens, requires a status that is attributed by its use and social acceptance in the West, as well as by the regulations that govern it in each country.

Acupuncture and Traditional Chinese Medicine have existed for thousands of years in their country of origin and area of influence. In the West, they have been gradually introduced, but it is only in the last 40 years that their implementation has achieved great notoriety. This fact has generated controversy, ranging from its staunchest defenders to its most stubborn detractors, the former praising its benefits and the latter criticizing its lack of scientific evidence.

The WHO Strategy 2014–2023 on Traditional Medicine urges member countries to regulate it, as a prior step to its incorporation into the National Health Systems of each country. Even so, controversy persists, although in recent years we have seen how it has been regulated in countries, such as the USA, Australia, Chile, Portugal; in other countries regulation is at a more or less advanced stage.

The aim of this series of articles is to analyze the state of the art in the nine countries of the world selected, in order to verify whether, as we believe, there is a trend towards the regulation of Chinese medicine autonomously from Western allopathic medicine, while the practice of the so-called “integrated Chinese medicine” (combination of Chinese medicine and Western allopathic medicine) and the research projects on the subject are progressing, with a view to its incorporation into the National Health Systems of the different countries.

As coordinator of the present series, I would like to thank the authors and reviewers of the articles that comprise it, as well as the entire LCM team, without whose help we would not have been able to bring this publication to light.

Provenance and Peer Review: This article was commissioned by the editorial office, Longhua Chinese Medicine for the series “Regulation of Chinese Medicine in the Different Countries of the World”. The article did not undergo external peer review.

Conflicts of Interest: The author has completed the ICMJE uniform disclosure form (available at http://dx.doi.org/10.21037/lcm-21-24). The series “Regulation of Chinese Medicine in the Different Countries of the World” was commissioned by the editorial office without any funding sponsorship. RMCF served as the unpaid Guest Editor of the series and serves as an unpaid editorial board member of Longhua Chinese Medicine from May 2020 to April 2022. The author has no other conflicts of interest to declare.

Ethical Statement: The author is accountable for all aspects of the work in ensuring that questions related to the accuracy or integrity of any part of the work are appropriately investigated and resolved. 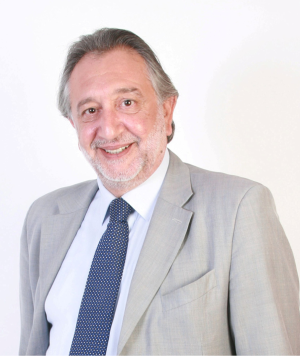